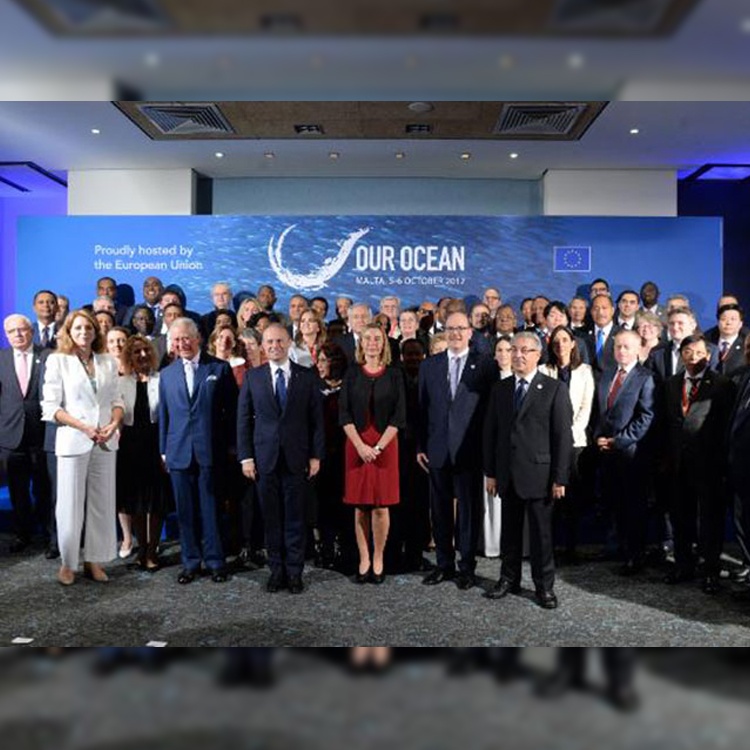 Oceans cover 71% of our planet. We all rely on them: for our water, our food, our climate, our air. Nearly half of the World’s population depends directly on the sea for their livelihoods. But human activity has left the oceans suffering. From pollution, over exploitation, coastal degradation and climate change.

A new vision is needed. A different path must be chosen. Since 2014, the Our Ocean conferences have invited ocean leaders to commit to change. To transforming our shared challenges into opportunities for cooperation, innovation and entrepreneurship.

The 2017 edition of Our Ocean hosted by the European Union in Malta, generated an unprecedented level of ambition:

With 100 commitments from the corporate sector, the 2017 conference for the first time mobilised at scale the business community in ocean conservation. The EU’s 36 commitments alone amounted to over EUR 550 million, and together with its Member States and the European Investment Bank, the total EU pledge exceeded EUR 2.8 billion. Other countries, NGOs, foundations, research institutes and international organisations tabled nearly 300 commitments in a truly global show of determination to act. Altogether, almost doubling the amount pledged since 2014, substantially increasing the world’s marine protected areas and launching impactful action in all corners of our ocean.

During the conference, Moira has interviewed a number of personalities: