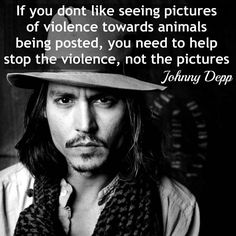 Caring for animals takes time, money and knowledge to provide everything the animal needs, such as food, water and the correct environment. This is crucial to prevent animals from suffering and ensure their well being. Anyone keeping an animal, whether domestic or in captivity has a legal obligation to meet that animal’s needs.

In March 2014, the Parliamentary Secretary for Agriculture, Fisheries and Animal Rights Roderick Galdes presented the White Paper on the proposed amendments of the Animal Welfare Act. The Parliamentary Secretary did not fail to mention the introduction of harsher penalties, including prison term. The White Paper also includes the use of animals in circuses whereby Government will endeavour to introduce a ban on the use of all species of animals in circuses, whether a circus is a travelling circus or permanently established in Malta.

We can go a step further and realise that animals, like humans have interests that cannot be sacrificed or traded away for the benefit of others. The key point is “sentience,” or the capacity to experience pain or pleasure. In the animal rights view, if a being is capable of suffering, there can be no moral justification for refusing to take that suffering into consideration. No matter the nature of the being, the principle of equality requires that its suffering be counted equally with the like suffering of any other being.